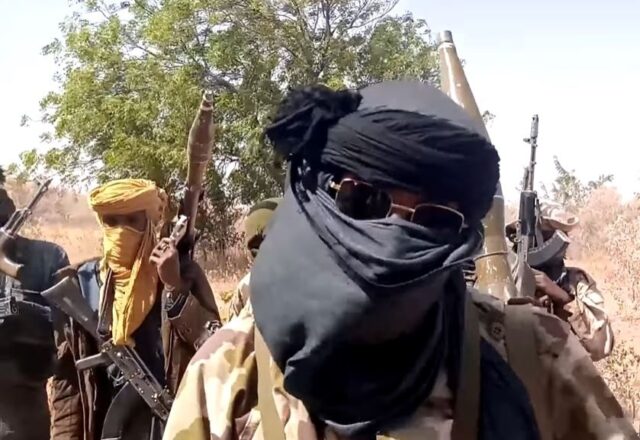 Two persons have been killed while four others have been kidnapped by bandits who attacked Tangaza Local Government Area, Sokoto State on Friday.

According to residents in the area, the bandits attacked the town after the evening prayers and started shooting sporadically, killing a shop owner on the spot.

A young girl was also shot and was rushed to the hospital, but later died.

Three other persons who were injured are now said to be receiving treatment.

In the process of the attack, the bandits carted away foodstuffs and drinks.

According to residents, the timely intervention of security agencies alongside local vigilantes who rescued one of the kidnap victims helped in reducing the number of casualties.

About five children were kidnapped, while one was rescued after security personnel chased one of the bandits into the bush.

Meanwhile, the Sokoto State Police Command PPRO, ASP Sanusi Abubakar confirmed the incident but maintained that only one person was killed and there was no abduction.

The attack comes a few days following reports that a threat letter was sent to some communities in Sokoto from suspected bandits.

In the letter written in the Hausa language, the said attackers mentioned five communities – Shuni, Kwanar Kimba, Rikina, and Dange, all in Dange/Shuni Local Government Area, causing panic among the residents.

Sokoto is one of the states in the North-West region that has recently come under attack by bandits who kidnap for ransom, rape, steal, and murder people.

Some other states such as Zamfara and Katsina, plagued with similar challenges, have taken up more stringent measures to curb the crime rate such as the shutting down of telecoms services and the closure of some markets and filling stations.

2023: With Osinbajo-Zulum Ticket, APC Would Win Election Before 12 Noon – Gololo

Igboho Is Safer In Benin Than Nigeria, Says Lawyer