Nollywood actress Regina Daniels is a mother as she has welcomed a baby boy with her husband Ned Nwoko.

The delectable actress and husband to billionaire businessman, Ned Nwoko has finally put to bed.

This was announced by her Elder brother, He wrote: 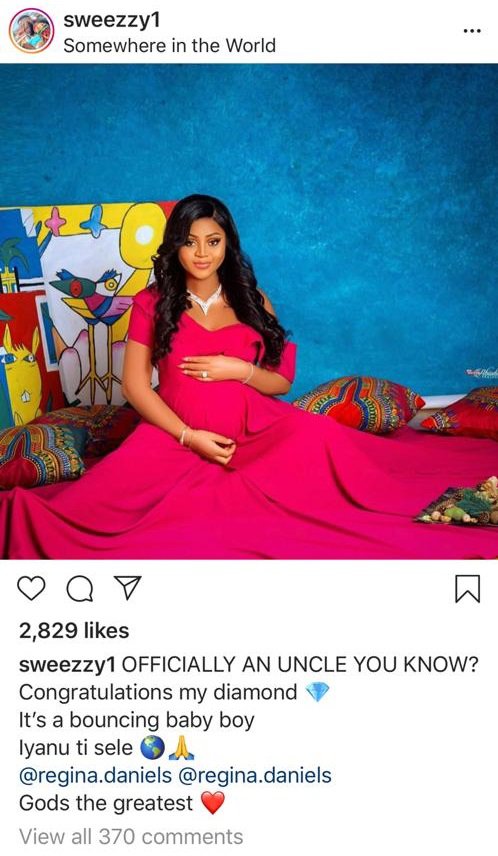 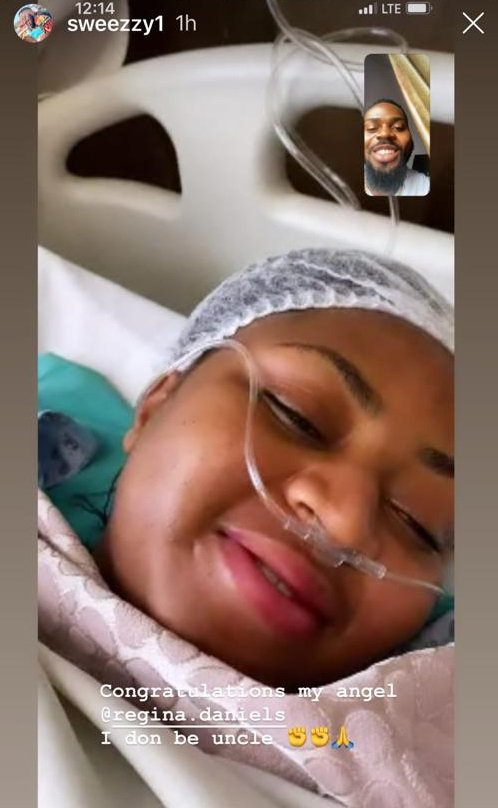 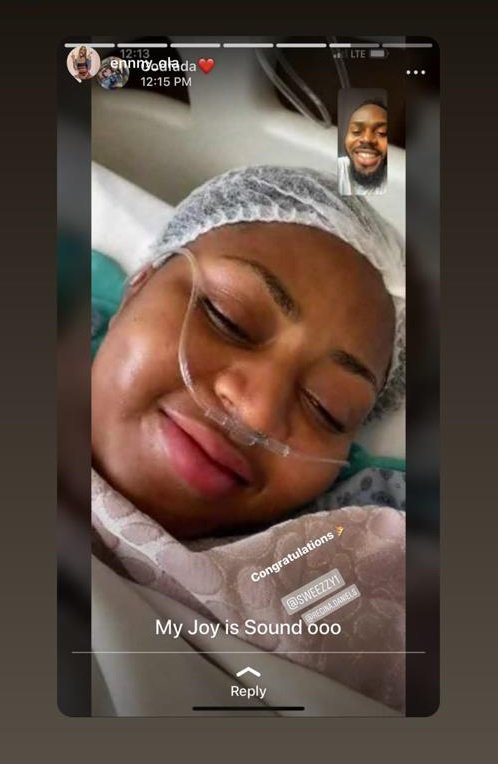 This is coming a few days after her friends and family threw her a suprise baby shower and it was speculated that she might be welcoming twins!

Regina and her billionaire husband, Nwoko confirmed that they were expecting their first child together in May.

Daniels marriage to Nwoko, an older man, has been the subject of social media debate.

The couple got married in April 2019 and the 38 years gap between them was heavily criticised by many.

Speaking about her marriage to Daddy Freeze during a YouTube interview, the actress said:

“I don’t think I could have married someone of my age because I am quite stubborn, very stubborn, my head is not down but with my husband that is not the case because I respect him a lot.”

Nwoko also spoke about his love for Daniels saying:

“Some people thought I met her (Regina) through her mother. We met, fell in love and got married within three weeks.”

Daniels who found fame as a child actress addressed the controversy that trailed her marriage saying that:

“The only thing I was worried about when he proposed was how I was going to tell my family and not what the public will say or think. I have learned a lot from him. I call him ‘baby’. I used to cook but my husband has stopped me from entering the kitchen because we have cooks and domestic staff.”