The collation of results for the presidential election in the 36 states and the Federal Capital Territory (FCT), has ended.

A phase, which commenced around 11 am on Tuesday with Ekiti State, ended at 12:20 am with Rivers, when INEC chairman announced a recess to enable him and other officials of the commission resolve petitions and compile the final result.

As the nation awaits the final announcement of the result of the election, here is a look at how the major candidates performed in the states and the FCT. 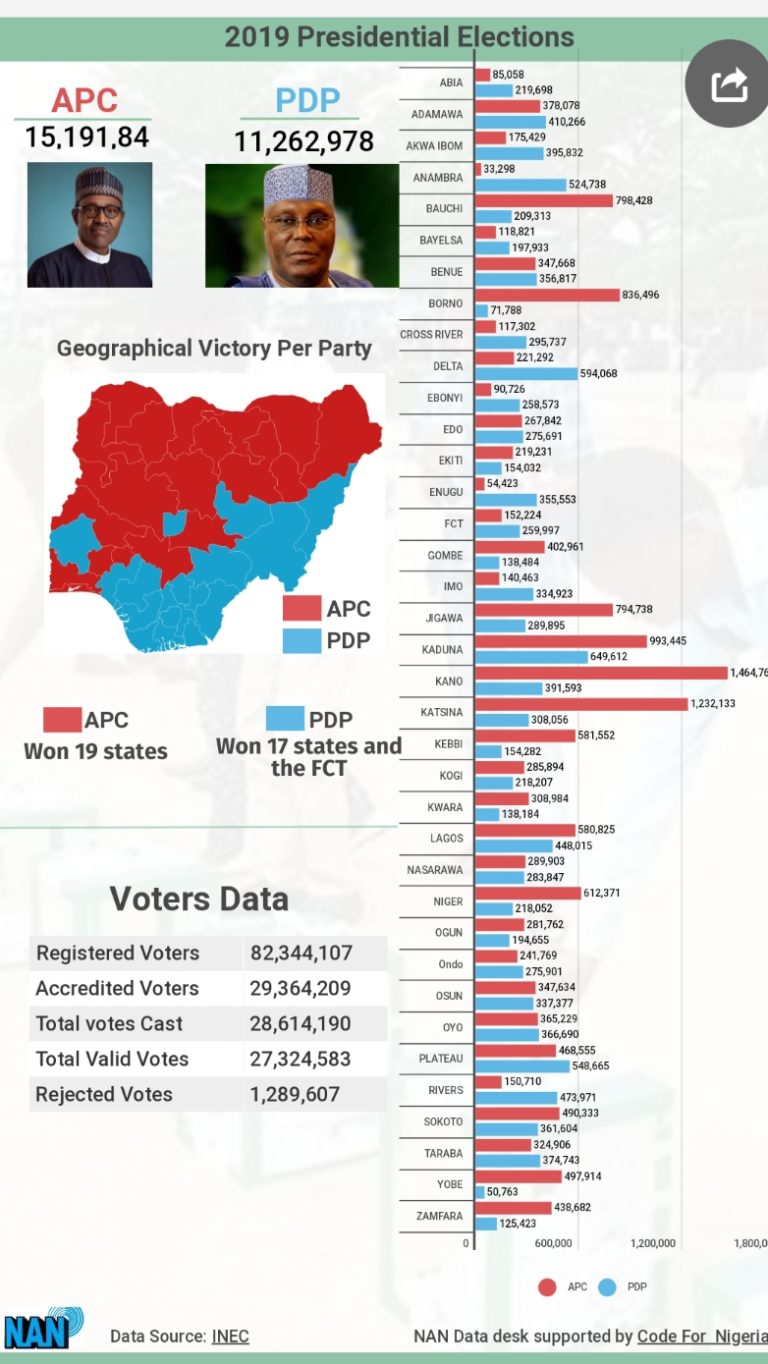 Biafra: Prophet Okwara Has Divulged How Buhari Can ‘Kill’ Agitation For Igbo Nation