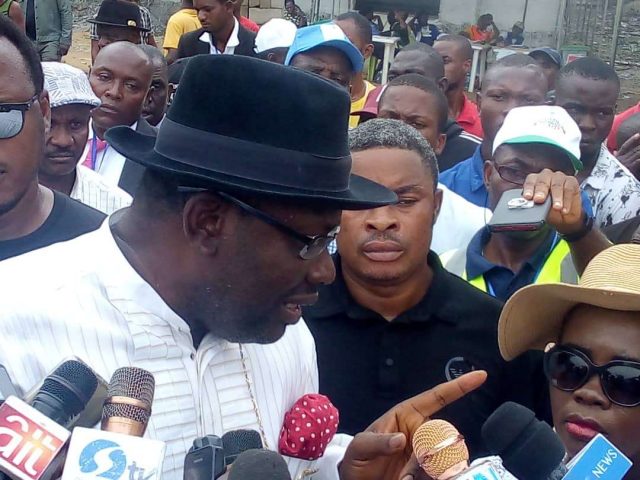 Bayelsa State state Governor Seriake Dickson, says violence has marred the election in some parts of his state.

According to Governor Dickson, many electoral officials in Southern Ijaw and some other parts of Bayelsa State have been kidnapped.

Speaking after he cast his vote at his Polling Unit 5, Ward 2, Sagbama, the governor accused security agencies of conniving with the All Progressives Congress to rig the state governorship election.

He said, “As we are speaking, in this day and age, gun-wielding militiamen, with the aid of security forces, have overrun hapless electoral officials.

”Most of the electoral officials in Southern Ijaw, as we speak, are kidnapped and held hostage.”

Governor Dickson said it is very sad that no election was held in Southern Ijaw.

He accused the opposition party of being desperate to seize power in Bayelsa, stating that if the people are allowed to freely vote, then they will vote for the ruling Peoples Democratic Party.

Speaking on the way forward, Governor Dickson asked the Independent National Electoral Commission to cancel elections in all areas where electoral materials were hijacked by suspected political thugs.

He also called on President Buhari to act and ensure that security operatives work in the best interest of the Bayelsa people.

“Way forward, I call on the President of the Federal Republic of Nigeria, even though he has decided to look the other way since 2015.

”The President has to wake to do something. This is not a democracy. The observers are here and they know what is going on.

”I call on the President to call the security forces to order. I call on the IG of Police to do his duty to protect the people of Bayelsa State.”

Governor Dickson warned that if the security situation is not put to check, then the people might be forced to defend themselves.

Tinubu Leaves For Abidjan With Buhari For EU-AU Summit

Federer Could Face Nadal In Us Open Semi-Finals