Justice Muhammad Saidu Sifawa who is also the Chief Judge of Sokoto State has granted bail to two Chinese citizens accused of bribing an official of the Economic and Financial Crimes Commission (EFCC).

He said the respondents have not been able to dislodge the presumption of innocence of the accused.

The N50m, which is in the custody of the EFCC, is said to be the first tranche of the alleged N100m bribe offered the agency official.

Mr Meng Wei Kun and Xu Kuoi were arraigned on a two-count charge bordering on conspiracy and offering bribe to the commission’s zonal head. 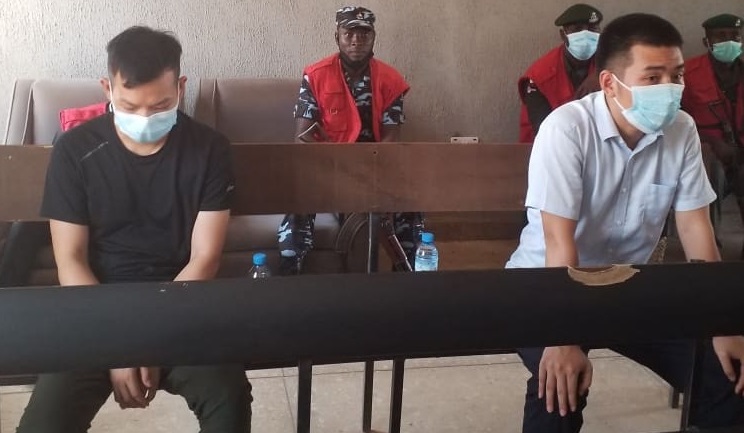 The term of the bail demands the accused to submit the sum of N5million each and two sureties in like sum, one of which must be resident in Sokoto and have a landed property that has a certificate of occupancy.

He also asked the accused persons to submit their international passport with the Chief Registrar of the court and demanded that they take an undertaking that they would not travel out of the country throughout the duration of the trial.

The suspects were arrested last week for offering the sum of N100million bribe to the Zonal Head of the anti-graft agency in Sokoto State, Mr Abdullahi Lawal.

According to the EFCC, the sum was allegedly offered in a desperate bid to compromise ongoing investigations of a construction company, China Zhonghao Nigeria Limited, which was handling contracts awarded by the Zamfara State Government in the sum of N50billion between 2012 to 2019.

The suspects are currently facing trial on counts of conspiracy and bribery.

One Of My Biggest Dream Is To Bring Justin Bieber To Nigeria – Comedian...

Hate Speech Bill: You Have No Business In Government If You’re Afraid Of Criticisms...