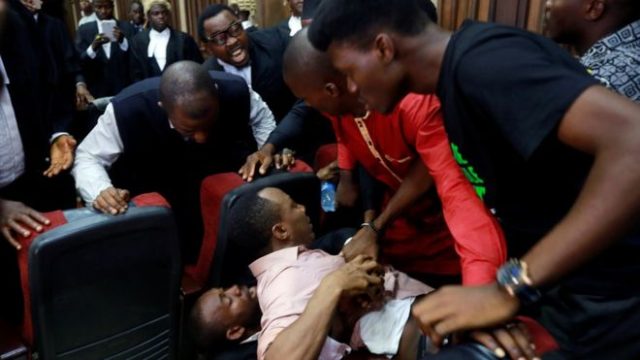 Operatives of the Department of State Services (DSS) on Friday morning re-arrested the convener of #RevolutionNow, Omoyele Sowore, and his co-defendant Olawale Bakare.

They are currently being detained at the DSS office in Abuja.

The DSS is yet to disclose the reason for the re-arrest.

Sowore was re-arrested following an earlier attempt by DSS operatives to arrest him inside the courtroom of a Federal High Court in Abuja.

The re-arrest attempt turned rowdy inside the courtroom as Sowore’s supporters, legal team shielded him from the DSS operatives. 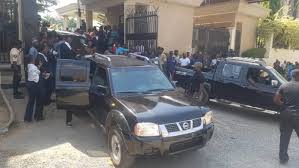 After a stand-still that lasted over three hours inside the courtroom, Sowore’s lawyer, Mr Femi Falana insisted that the arrest should be effected outside the court premises.

Mr Falana in a phone conversation told Channels Television that the DSS claimed they wanted to ask Sowore a few questions but ended up detaining him and his co-defendant, Bakare.

His re-arrest comes barely 24 hours after he was released alongside his co-defendant, Olawale Bakare.

They were released at exactly 7:15 pm on Thursday, hours after Justice Ijeoma Ojukwu of the Federal High Court in Abuja, had expressed displeasure over their continued detention by the agency. 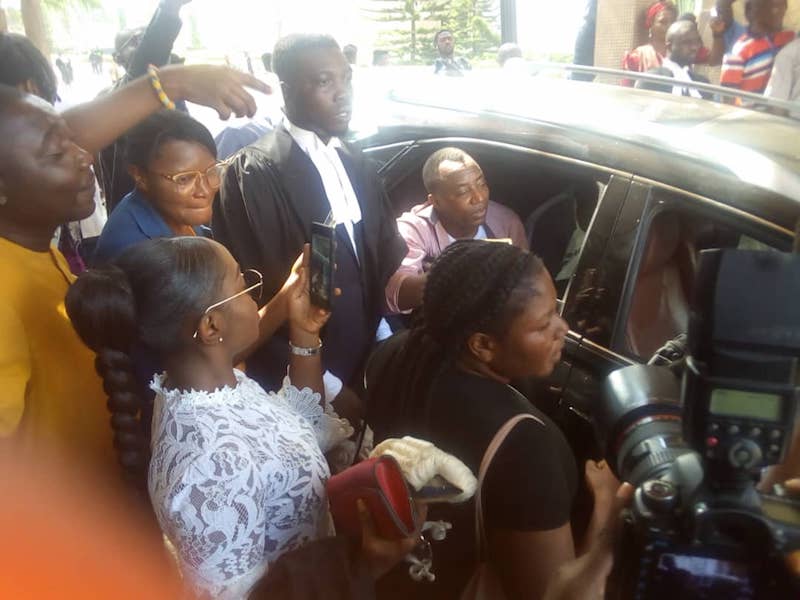 Subsequently, Ojukwu ordered that the defendants be released within the next 24 hours and adjourned the case till Friday, December 6, for a report of compliance.

Sowore, a presidential candidate in the February 2019 elections, was arrested on August 3, just days to a planned protest tagged #revolutionnow against “bad governance” in the country.

Both he and his co-defendant are facing seven counts bordering on conspiracy to commit treasonable felony in breach of Section 516 of the Criminal Code Act, money laundering and cybercrimes, among others.

They pleaded not guilty to the charge and were granted bail on October 4, in the sum of N100m and N50m respectively with two sureties in like sum.

They, however, were not released until yesterday and re-arrested today. 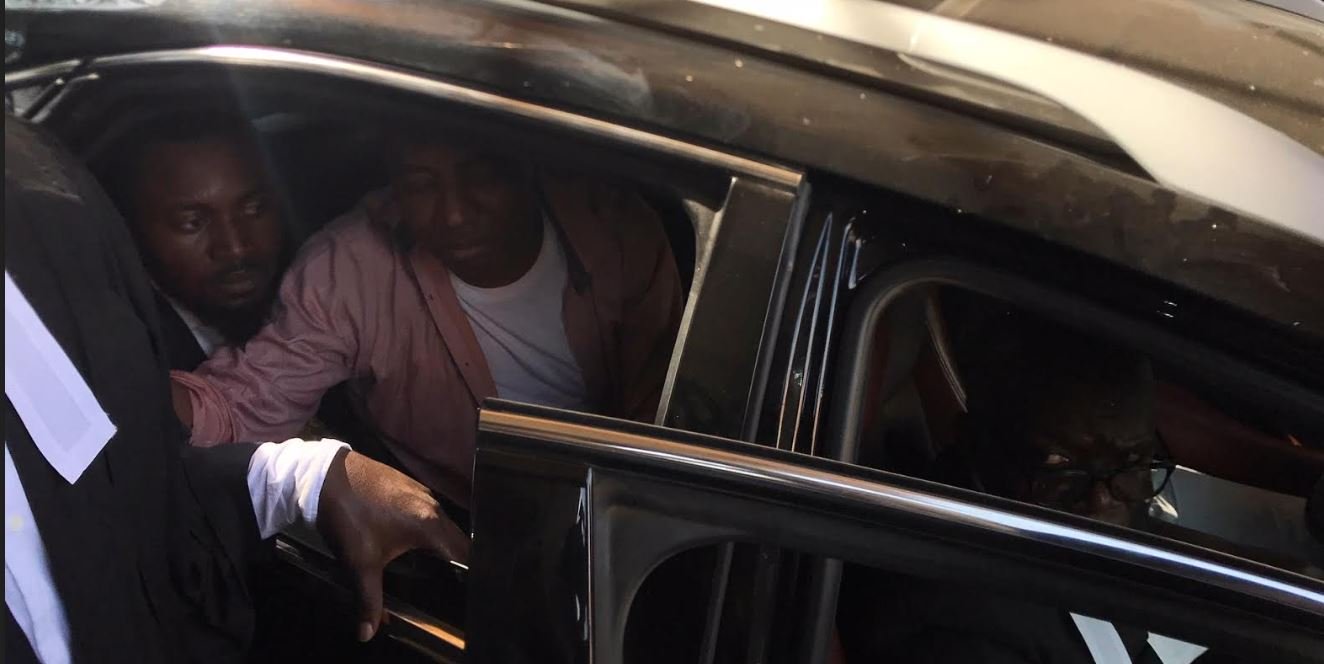 ‘They Tried To Break Me In Prison’

Mr Sowore earlier on Friday before his re-arrest told Channels Television that the Department of State Service (DSS) has threatened to kill him.

He claimed that the DSS had told him that he will not walk out of their detention alive.

“It might be my only word on the record before they kill me; this is an attempt to assassinate me in court. They came with guns and they tried to shoot and they dragged me down in front of a judge after I have been granted bail.

“I said it that these are a bunch of lawless people and they were reluctant to respect the order of the court. Now they have shown it to the whole world.

“They tried to break me in prison, sent delegations to me, offering all kinds of things and I refused and they promised that I will not walk out of their detention alive and that is what they have come to implement today,” Sowore said.

‘Please, Don’t Handcuff Me. I will Follow You’ – Kalu Pleads With Prison Warders...