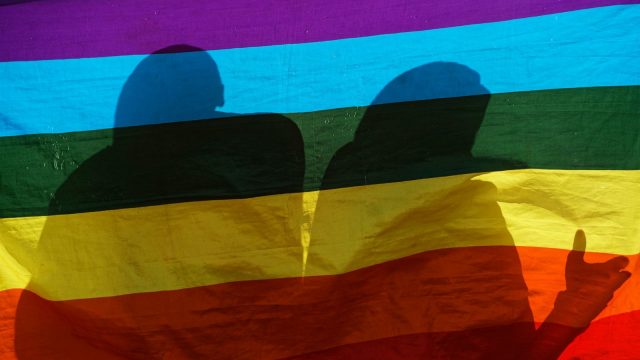 The Kenyan High Court on Friday handed down a landmark ruling banning same-sex relations in what gender activists called “a blow to human rights.”

“We are satisfied that the provisions (in the constitution) do not offend (homosexuals’) rights to dignity and privacy,” said judge Roselyne Aburili in the capital Nairobi.

“We find that the sections are not unconstitutional,” Aburili added.

There was no conclusive scientific proof that homosexuals “were born that way” and therefore needed special consideration within the constitution, Aburili explained the ruling.

Decriminalising gay sex would “open a door to same sex unions, which would go directly against the spirit of Article 45 of the constitution on marriage,” the justice further said.

Judge John Mativo meanwhile said the petitioners had failed to provide credible evidence to demonstrate that the law discriminates against homosexuals.

The ban was constitutional because it specifies that “any person” is punishable under the law and does not single out homosexuals, said Mativo.

Friday’s ruling comes after three Kenyan gay rights organisations filed petitions to declare sections of the penal code, which stem from the 1930s and make gay sex a crime, unconstitutional.

The case challenged colonial-era laws that criminalise homosexuality with a maximum jail sentence of 14 years.

Gender activists called the ruling “a blow to human rights” in Kenya.

“In handing down this most disappointing judgment, the Court has ruled that a certain sector of our society is not deserving of (human) rights,” said Njeri Gateru, executive director of the Kenyan National Gay and Lesbian Human Rights Commission and the main petitioner in the case.

The ban was leading to violence, blackmail, harassment and torture of homosexuals, said Gateru.

“They devastate people’s lives and have no place in a democratic Kenyan society,” he added.

Court hearings on the matter had been ongoing since February 2018.

Photos/Video: Man Proposes To Girlfriend On His Birthday As He’s Being Arrested