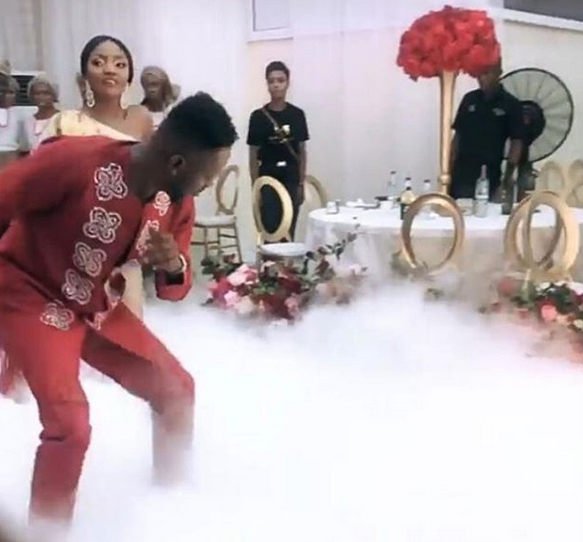 Nigerians have not been this excited about a celebrity wedding in a long time. When the news broke that the wedding was taking place yesterday, not many believed it as there were uncertainties about the wedding venue. To heighten our curiosity, there were no pictures available until late in the night.

Though we have to admit it’s been a long time coming!

Now that the wedding has been confirmed, Nigerians have taken to their social media to express their excitement:

But first, this is a throwback to when Gold tried to avoid the ‘girlfriend’ question.

Now to the pictures and reactions:

So My Favs Are Getting Married Today.

We are waiting for #SimiGold to drop a song and ask us to download it , we will remind them of how they his their wedding pictures from us.

When baba finally realize say no be by bigger bear bear!!😂😂😭#SimiGold pic.twitter.com/gj3PeCWUff

Me trying to understand which suspense is more worse either Asuu announcement 2days ago or Awaiting Simi and AG wedding Pictures cos Refesh button sef is tired😩#SimiGold #Simi #AdekunleGold pic.twitter.com/lyXJuxQX9p

Cost of Kerosene rises to N300 per litre in Umuahia