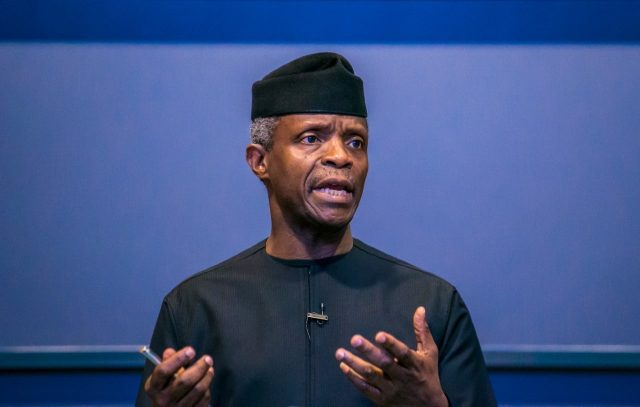 The Presidency has confirmed that a total of 35 people were removed from the office of the Vice President, Professor Yemi Osinbajo.

Senior Special Assistant to the President on Media and Publicity, Mr Garba Shehu, revealed this to Channels Television during an interview on Politics Today on Friday.

He, however, insisted that there was no ulterior motive behind the decision, stressing that the relationship between President Muhammadu Buhari and Professor Osinbajo was intact.

Shehu said, “The fact that you are having less people reporting in the Villa for work does not in any way suggest that there is a split of the relationship.

“How many people were removed from the President’s office? I need to go back and do a check on their number but yes, 35 from the office of the vice president had been indicated as having been asked to leave.”

According to him, President Buhari had always wished that his administration was slimmer and lighter without spending unnecessary money to run governance.

The presidential aide denied any rift between the President and the Vice President, saying a divided government would not mean well for the leaders and the nation in general.

He explained that the sole aim of the reduction in the number of political appointees in the office of the Vice President was to save taxpayers’ money and nothing more than that.

Shehu said, “It is not by coincidence that you have a higher number coming from the office of the vice president because he had far more responsibilities than ordinarily with the case.

“So, it is not a relationship problem, it is purely official. The relationship between the President and the Vice President has remain cordial, solid, and a trusting one.”

“It has always been like this, it will continue to be like that. It is in the nation’s interest that we have government that is one.

“Division at the highest level of government is unhelpful. There is no division between them, there is good understanding, and as I said it is a trusting relationship,” he added.