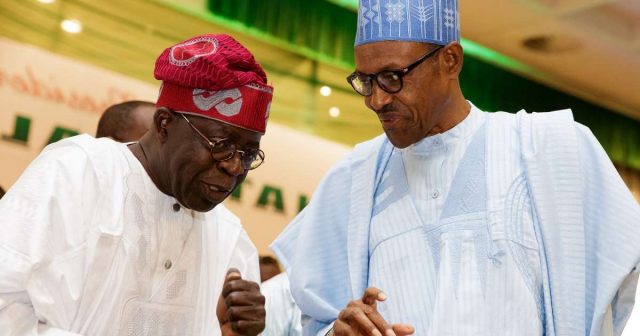 The campaign for Bola Tinubu to become Nigeria’s President in 2023 has kickstarted in Abuja and the 36 states of the federation.

The presidential aspiration of former Lagos State Governor, Asiwaju Bola Ahmed Tinubu has kickstarted after a group of young Nigerian professionals unveiled a political movement in Abuja to work for the actualisation of the dream.

According to ThisDay, the movement known as Young Professionals for Tinubu 2023, with membership across the 36 states of the federation and the FCT, said it has been in existence for almost two years, noting that the occasion was to mark its formal inauguration.

The National Coordinator of the group, Mr. Ahmed Muhammed Ibrahim, noted that Tinubu’s leadership qualities and knack for development informed the group’s resolve to work for his emergence as the All Progressives Congress (APC) candidate, as well as his success in the 2023 presidential election.

According to Ibrahim, “Tinubu is a natural leader who has extended the hand of friendship to all regions of the country. He has what it takes to lead Nigeria towards prosperity.

“He has the skill to discover talent and the ability to consolidate on the achievements of President Muhammdu Buhari.”

The leader of the group, who said mobilisation was already on, called on lovers of Nigeria to support the movement.

Also speaking at the event, the Secretary-General of the group, Mr. Ishaq Muhammad, observed that Tinubu should be the natural successor to President Buhari as they played the lead role to ensure APC won at the federal level and in many states across country.

“The president and Tinubu are core progressives who put personal benefits aside to rescue the country from the brink of collapse in 2015, so he knows what needs to be done to achieve a greater Nigeria,” he submitted.

BBNaija 2018: Alex’s Mother Pleads With Nigerians, Reveals Why She Cries A Lot