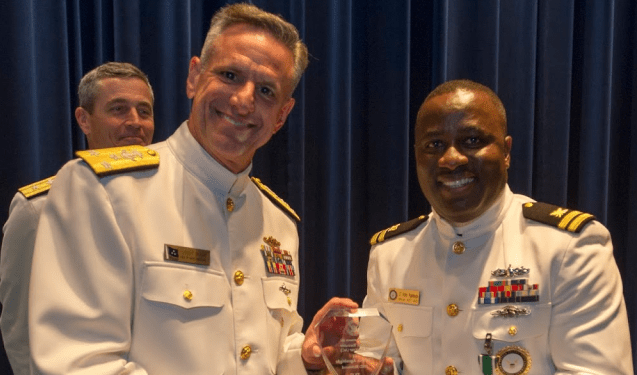 The United States Navy has awarded a Nigerian officer, Lieutenant Victor Agunbiade, its medal of commendation for his meritorious service.

This, it said, accounted for around 70 per cent of its overseas disbursing volume.

According to the award citation, Agunbiade earned the honour while serving as cash Disbursing Officer at the navy’s Camp Lemonnier in Djibouti between October 2019 and July. 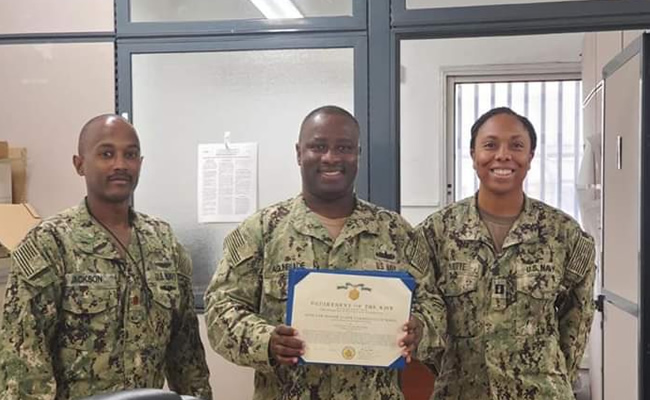 The citation added: “Additionally, he managed 100 per cent accountability of $23 million (N8.7 billion) across six rigorous inspections and independent audits with zero discrepancies.

“By his unswerving determination, wise judgment and complete dedication to duty, Agunbiade reflected great credit upon himself and upheld the highest traditions of the United States naval service.”

Newsmen report that this is not the first time Agunbiade is getting special recognition in the US Navy.

Agunbiade enlisted in the US Navy as a storekeeper in 2008, and was commissioned as a supply corps officer in 2013.

He is also credited with strengthening alliances and reforming business practices in support of the National Defense Strategy.

Atiku vs Buhari: Why I Stepped Down – Justice Bulkachuwa

‘Making Love’ Between 12am and 3am is Dangerous – Pastor Warns Ghanaians